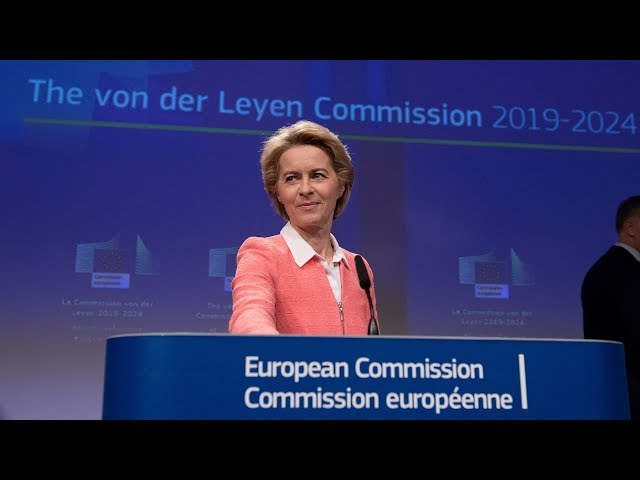 On 10 September 2019, European Commission President-elect Ursula von der Leyen presented her team of 27 Commissioners and their portfolios for the 2019 – 2024 mandate.

Keeping with von der Leyen’s goal of gender parity, 13 of the incoming Commissioners, if approved, are women (including von der Leyen herself). The Commission also came out boasting on the even geographical distribution of the Vice Presidents, of which the new college has 8.

These include three Executive Vice Presidents with a dual role as Vice Presidents (responsible for core topics and coordination of so-called “groups” of Commissioners) and as Commissioners (meaning a “portfolio role”, with a Directorate-General reporting directly to them.

Immediately after von der Leyen’s press conference, the Commission released the letters of mission for the various Commissioners-designate (essentially a personal to-do list for the next 5 years). The Commission also published a guide on the future organisation of the Directorates General (DG) or “services” of the European Commission, including minoring restructuring and the introduction of a new DG for Defence, Industry and Space.